Psalm 44:1-4  O God, we have heard with our ears, our fathers have told us, what deeds you performed in their days, in the days of old:
2 you with your own hand drove out the nations, but them you planted; you afflicted the peoples, but them you set free;
3 for not by their own sword did they win the land, nor did their own arm save them, but your right hand and your arm, and the light of your face, for you delighted in them.
4 You are my King, O God; ordain salvation for Jacob!

This Psalm was written by the Sons of Korah, who expressed beautiful poetry about God. Even as the Israelites heard stories about their ancestors, they recognized that God drove out the nations...after planting them there in the first place.  He afflicted peoples...and set them free again.  None won any battle in their own strength, but it was God who delivered...and He delighted in them.  He is King and He alone ordains all that comes to pass.
I wish I would remember this when things don't go my way - when my emotions are tied up in knots over failed dreams and disappointments and when people don't behave the way I think they should. God restrains and delivers.  He withholds and then gives.  If He is not in control of all, then He is not God at all.  As His child, I have complete access to Him.  He listens and answers according to what is best for me.  His answer is sometimes no.  His grace is sufficient to sustain me in the most difficult situations that are especially designed for me. Trials are painful because they are personal. My trials won't look like yours and yours won't be the same as mine. They are meant to teach us and change us. The same God that brought them to us will take them from us.  He is both the one who inflicts and the one who heals...but always for our good and according to His plan.
Posted by Unknown at 10:00 AM No comments: Links to this post 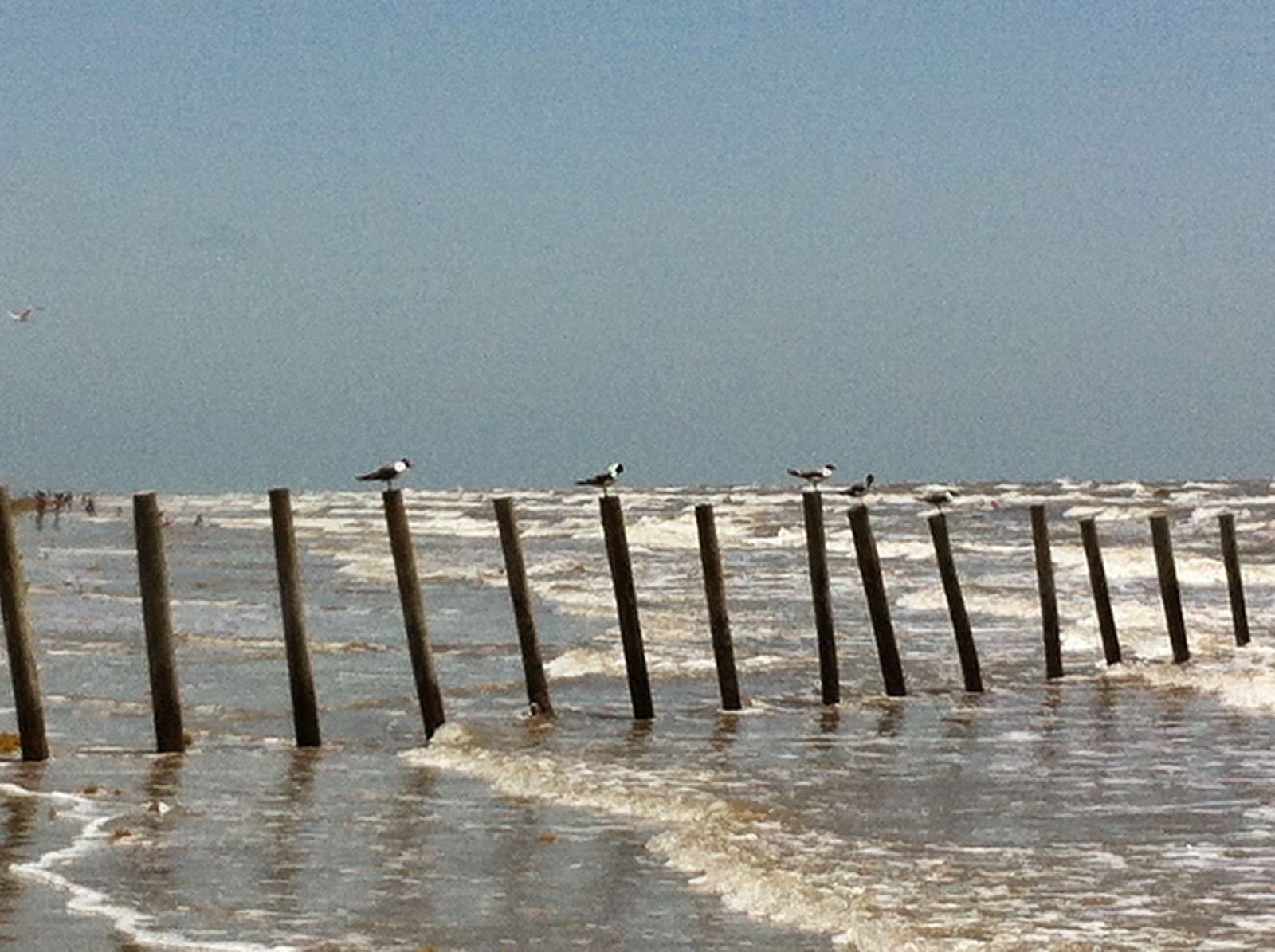 Ebb and flow.  Back and forth.  Always moving to and fro.  That could describe man's relationship with God, as chronicled in the Old Testament again and again.  It is chronicled in my life today as well.  I journal it.
He gives and I take.  I give back and He just is...and is glorified.  All I have, all I am - is meant to enlarge my view of God and foster a constant flow of adoration and gratefulness on my part, while receiving blessing upon blessing from Him.  The exchange is uneven for sure.  Everything that happens to me is meant as a blessing for my good.  I always benefit.
This 'give and take' between us is marred only when I fail to do my part.  He has never failed on His end and He never will.  To do so would mean vacating His throne.  It won't happen.  And so once again my praise rises.
Lord, make me faithful in my walk with You, my Constant Companion.  May the ebb and flow between us become smaller and smaller until it no longer exists and I am completely and forever yielded.

Hebrews 7:25-28  Consequently, he is able to save to the uttermost those who draw near to God through him, since he always lives to make intercession for them.
26 For it was indeed fitting that we should have such a high priest, holy, innocent, unstained, separated from sinners, and exalted above the heavens.
27 He has no need, like those high priests, to offer sacrifices daily, first for his own sins and then for those of the people, since he did this once for all when he offered up himself.
28 For the law appoints men in their weakness as high priests, but the word of the oath, which came later than the law, appoints a Son who has been made perfect forever.
Posted by Unknown at 8:00 AM 1 comment: Links to this post

Every January I begin to think about what changes the year might bring.  Last year proved to be more of a challenge than I ever wanted.  But God.  (I love those words.) But God wanted me to learn some things I would never have learned had those trials not come....and soooo, I am grateful.  I am.  I am.
Monday morning I sat in my doctor's office waiting for blood work and decided to make some notes. Making resolutions has proved not to work with me, as I regard each day as a new beginning and a chance to start over with...whatever.  (This method is accommodating to my daily need for a fresh start.)
So, putting pen to paper I wrote, "Pick One."
One attitude changed.
One completed task.
One memorized verse.
One much needed contact.
One book read.
One room cleaned.
One less hour of television.
One difference in someone's life.
What would your 'ones' be?  I challenge you to make a list...and pick one.
I did not get my blood checked that day.  Instead, I left with pneumonia and a boatload of medicine. And so in these weeks of recuperation, I will fine tune my 'pick one' list.  Join me.

Philippians 3:13-14  Brothers, I do not consider that I have made it my own. But one thing I do: forgetting what lies behind and straining forward to what lies ahead,
14 I press on toward the goal for the prize of the upward call of God in Christ Jesus.
Posted by Unknown at 8:00 AM No comments: Links to this post

This week in Sunday School, our lesson was about the Roman centurion who approached Jesus on behalf of his paralyzed servant.  Jesus offered to go to the soldier's house. The Jews considered Gentiles unclean and visiting the home of a Roman was taboo.
We talked about what it meant to be prejudiced against another person and then I asked my class to look around the room at each boy and girl and ask themselves if there was anyone in the room that they did not like.  One boy asked me if he could pick two.  I had to laugh.  I said yes, but not to say any names out loud.
The Jews were very prejudiced against Gentiles as far as mingling and socializing. Laws were to be followed, customs kept, and sacrifices made to atone for sins committed.  If Christ had not come to be the final sacrificial Lamb and break down all racial barriers, none of us could know Him as Savior.
I gave each child a strip of colored paper and asked them to write his/her name on it and decorate it as best they could.  Afterwards, I asked them to line up against the wall.  It was interesting to note how some were particular as to where they stood.  When I told them to link arms, the boys were less resistant than the girls.
Next, I had each bring their paper link to Hannah.  We explained that they could not choose whose name they would be linked to.  Again, some said they did not care and I have a few boys who wanted to be linked with Mrs. June. (I have to say this made me smile.)
At the end of our class time I explained that it was fine to like one person over another, but it was never okay to be rude or unkind.  One girl wanted to know who she was next to on the chain.  I read the names to her and said, "You are hanging around with two very cool people."  She smiled.
We start young making choices and judgments regarding others.  If we could only remember that others will regard us as we regard them.
I don't know why this post seemed important to write.  Centuries have passed and we still struggle with the same issues.  When we stand before the Lord one day, I believe we will be surprised at those around us.  My plan is to make sure my walk matches my talk so that I might see Christ...and maybe I will be standing next to you.
1 John 3:23-24  And this is his commandment, that we believe in the name of his Son Jesus Christ and love one another, just as he has commanded us.
Whoever keeps his commandments abides in him, and he in them. And by this we know that he abides in us, by the Spirit whom he has given us.
Hebrews 3:14-15  For we share in Christ, if indeed we hold our original confidence firm to the end.
15 As it is said, "Today, if you hear his voice, do not harden your hearts as in the rebellion."
Posted by Unknown at 6:33 PM No comments: Links to this post 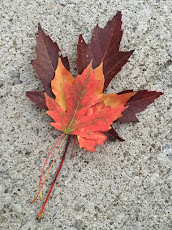